Nmoto is excited to announce the development of its newest model – the Golden Age. Harkening back to the halcyon days of pre-war motoring when transportation was equal parts speed, style and skill, the Golden Age captures this sentiment in a modern incarnation. Marrying timeless lines with modern capabilities, the Golden Age channels the 1936 Henderson Courtney Prototype while using a new BMW C400X as its basis. The sleek streamliner will be powered by a 2020 BMW 350cc engine producing approximately 35hp and will employ all the modern convenience, technology and reliability built into the C400X.

Coupled with a low center of gravity, the Golden Age is designed to be both powerful and nimble on city streets, not to mention supremely practical and rakishly handsome.

Launching with our now world-famous Nostalgia model inspired by the 1934 BMW R7Prototype, followed by the bespoke Presidential Edition, and just recently our R SevenT Kit, the Golden Age will be Nmoto’s fourth design hallmark. 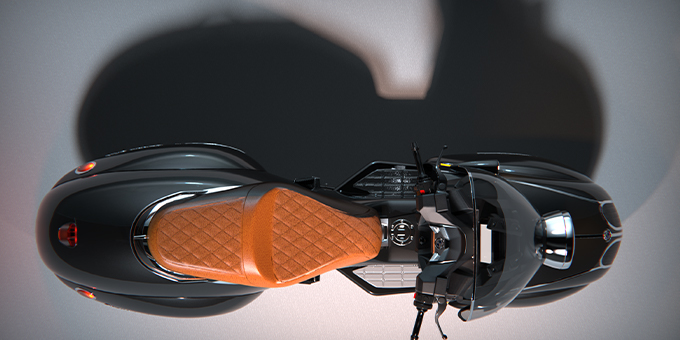 The C 400 X gives you the opportunity to take advantage of everything that the city has to offer while you’re on the move. It's a mid-size scooter that easily overcomes the challenges of travel in a city. Just take your favorite songs with you on the scooter and experience the city to your own personal soundtrack. You can make plans with friends on your connected smartphone without dismounting while you cruise comfortably through the metropolis. With the C 400 X, your city and routes become an open space of your own.